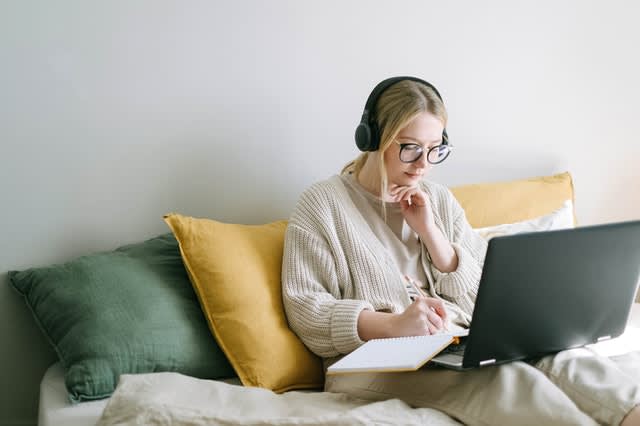 As an online affiliate marketer, you’re always on the lookout for top affiliate programs. You want to partner with an affiliate company with a product you believe in. You need a product that virtually sells itself. Partnering with the best affiliate marketing programs makes the entire process effortless.

Is the Ambassador Program by John Thornhill one of the best? Does it tick all the boxes? I decided to find out.

In this review, I'll go through the program, speak to its creator, and list the pros and cons. This information will help you to decide whether or not this online affiliate marketing program is right for you.

What is the Ambassador Program?

As a webmaster, being able to monetize your site is an important goal. Webmasters that can create successful information products get the top honors. That’s a bummer if you don’t know how to start creating an info product.

The Ambassador Program offers you a solid alternative. You buy a reseller's license for John Thornhill's products and sell them on. The Ambassador Program’s value proposition for affiliates is unique. With most programs, you earn a commission on each sale. The creator gets the lion’s share of any profits made.

How is the Ambassador Program different?

With this program, you keep every cent of these sales.

You keep 100% profit off any sales of John’s products through your link! This is fully legit, and I’ll explain why in a second.

It’s not so much a catch as a further opportunity.

When you sign up, you’ll receive an invitation to John Thornhill’s Partnership to Success. This is a paid upgrade and the reason that John lets you keep all the profits for reselling his basic program. Take a lesson here for when you start your own empire.

The Partnership to Success

The Partnership To Success is the upsell. It’s here that John teaches you how to create products yourself.

Be warned. John does make it seem easy to create your product, but don’t fool yourself. I agree that there's nothing intrinsically difficult in the process, but you’ll have to work hard. Creating an info product, for example, is simple. Making a valuable one that people will pay for is not.

If you're willing to put in the effort and create a top-notch product, you could make a good deal of money. Best of all, you get to keep all the profits and use your affiliate network to sell the product for you.

If you don't want to go into trouble, it’s better to skip the upgrade altogether.

How Does the Ambassador Program Work?

If you’ve been an affiliate marketer for a while, you’ve probably heard of ClickBank. For the newbies out there, ClickBank is a massive online marketplace. If you’re looking for a product to promote, it’s a great place to start. It’ll also come in handy when you’re ready to sell your own products. ClickBank membership is free.

Aweber is a company that helps you manage your emails. They make it easy to set up autoresponders so that you earn money virtually on autopilot. They offer paid plans but give you a month to try their program for free first.

If you’ve never built a website before, don’t let this send you running for the hills. You don’t need to do a thing. A free, custom site is part of the package.

Go Through the Training

You get training on setting up everything from how to start your autoresponder to driving traffic to your site.

Get Traffic to Your Site

The training will teach you several useful tricks to use here. Marketing your site is going to take some hard work in the beginning. Expect to spend at least an hour or so a day doing so.

Keep at it - the better you do early on, the more money-earning potential your site has. The upside is that once your site starts to rank well, the traffic grows exponentially. From there, it’s all on autopilot.

If you’re impatient, John offers paid traffic options to get those numbers ticking over faster.

The money for each sale is deposited directly into Clickbank. From there, you can withdraw it as you see fit.

Who is John Thornhill?

John Thornhill is an entrepreneur with a large number of products under his belt. He’s a veteran affiliate marketer, so he understands what it's like in the trenches. He's been in the game for almost two decades and is more than willing to share what he learned.

Why does he do what he does?

John started his employed life as an unskilled laborer. He eventually "graduated" to working on an assembly line. John hated the work because it was tedious and repetitive.

He made extra money by selling things on eBay and then came across info products. He bought a set of books with full reseller rights. Like everyone else who bought them, he tried to resell them as a package.

It was when he started selling them separately that he realized the true money-making potential. From there, he learned to automate the delivery process, and the rest is history.

Has he made mistakes along the way? Of course, but that's even better because he can warn you about potential pitfalls. Overall, he's an authentic person. He's a person who built his empire from the ground, without special skills or education.

If that doesn’t inspire you to get started, I don’t know what else will!

Well, that’s the basic rundown of how the Ambassador Program works. Is it a get-rich-quick scheme? No, and that’s a good thing. Those schemes make a lot of money – for the creator. They rely on the naïve nature of people and aren’t sustainable.

There’s no such thing as easy money online. If there was, everyone would be cashing in. With everyone trying to find the next big thing, the online environment is over-saturated. That’s why the pro tips in this course come in so handy.

You'll learn how to stand out from the crowd and make some decent money through affiliate marketing. The rest is up to you. Put in the work, and you'll see the reward.

What about Thornhill’s Partnership for Success? It’s not for everybody. There are plenty of info products out there already. If you want yours to succeed, you have to find a way to distinguish your product from the masses. If there's a whiff that your product is inauthentic or a rip-off, you're dead in the water.

Like all of the best affiliate marketing programs, there are no outlandish promises made here. You get good, solid advice that’s easy to apply. With a little bit of gumption, you’ll be able to start earning good money.